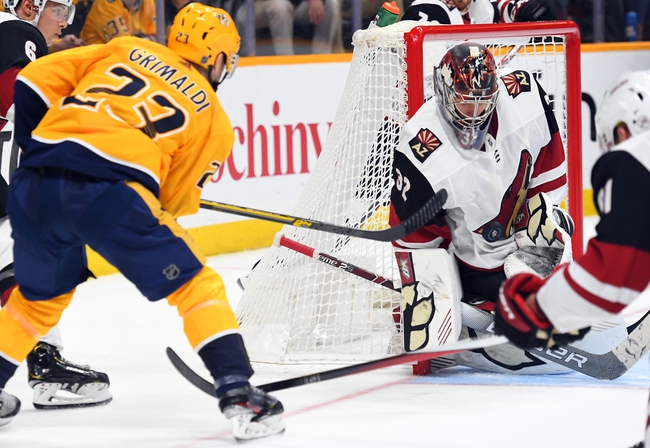 The Arizona Coyotes and the Nashville Predators meet in game three of their best-of-five qualifying round series from Rogers Place on Wednesday afternoon.

The Arizona Coyotes will try to bounce back after Nashville evened up the series at one win apiece following a 4-2 win over the Coyotes on Tuesday. Nick Bonino opened the scoring for the Predators just under eight minutes into the opening period before Ryan Johansen doubled Nashville’s lead 2:37 later. Calle Jarnkrok made it 3-0 with the lone goal of the 2nd period and Viktor Arvidsson made it 4-0 with just over six minutes to go in the game on the power play. Arizona made things interesting with a pair of goals :09 apart in the last minute of the game from Clayton Keller and Lawson Crouse, but 4-2 was as close as the Coyotes would get as Nashville held on for the win.

Juuse Saros picked up his 1st postseason with after stopping 24 of 26 shots faced in the winning effort while Darcy Kuemper ended up with the loss after allowing four goals on 28 shots faced in defeat.

This has been one of the more even series in terms of results, as Arizona beat up on the Predators in game one and the Preds returned the favor in game two. With that said, common logic would suggest on a back-to-back, you play your backup goaltender and whether or not that’s the case with this being a playoff series, all four goaltenders are capable of putting up a clunker and both teams have gone from defensive-minded teams to an offense first approach. I could easily see another six-goal affair here, so I’ll take the over as my pick for this game. 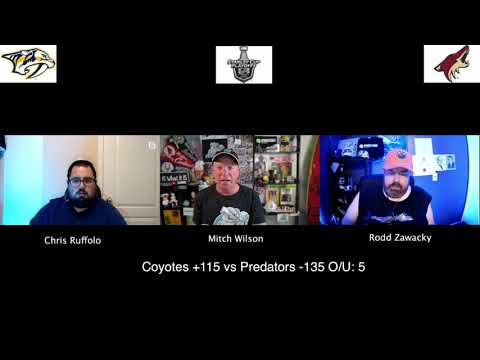