The Florida Panthers and the New York Islanders meet in game two of their qualifying round series from Scotiabank Arena on Tuesday afternoon.

The Florida Panthers will look to rebound from their loss in game one to the Isles by a final score of 2-1. Jean-Gabriel Pageau opened the scoring for the Isles with eight minutes to go in the opening period before Anthony Beauvillier pushed the lead to 2-0 for New York with a power play goal less than four minutes into the second period. The 2-0 lead held into the 3rd when Jonathan Huberdeau cut into the deficit :23 into the 3rd period, but that ended up being as close as the Panthers would get as New York rode out the last 19+ minutes of the 3rd period to the finish line to start the series with a win.

Semyon Varlamov got the win after stopping27 of the 28 shots he faced in the winning effort while Sergei Bobrovsky took the loss after giving up a pair of goals on 28 shots faced in defeat.

I think it still goes without saying that Florida is a really good team on offense, but the offense didn’t show up in game one as New York’s physical style that epitomizes playoff hockey took over and held the Panthers in check. I just think that the lack of experience in this type of game will hurt Florida in the long run and it’s hard to see Florida getting back into this series. Given the fact we’re still getting a decent price with New York who have now won five straight against Florida, I’ll side with the Islanders to take a 2-0 stranglehold on the series as my free play for this game, but my stronger play is on the total and I have it available as a premium pick that you can find here. 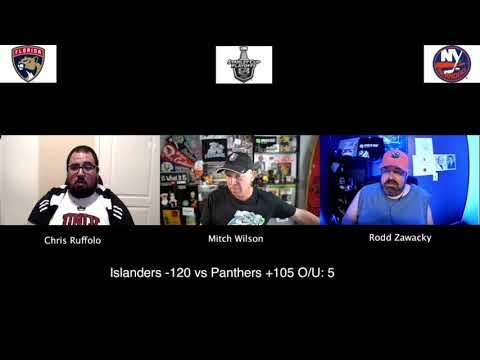