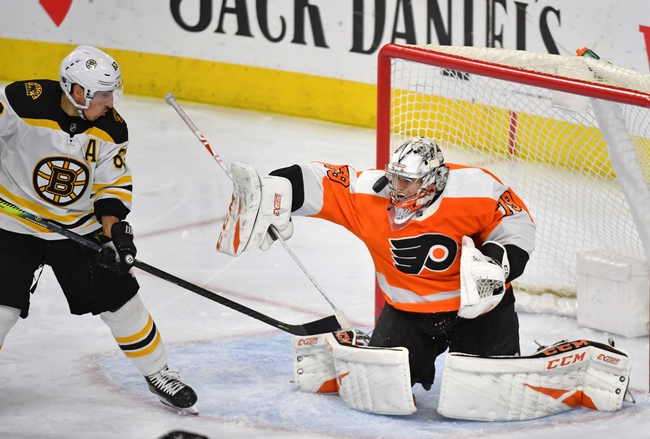 The Philadelphia Flyers and the Boston Bruins meet in a round robin matchup in NHL action from Scotiabank Arena on Sunday afternoon.

The Philadelphia Flyers come into the round robin portion of the playoffs as the 4th best team in the Eastern Conference with 89 points and a record of 41-21-7 with a point percentage of .645 this season. Travis Konecny leads Philadelphia with 61 points with a team-high 24 goals and 37 assists while Sean Couturier is right behind with 59 goals including 37 assists. Jakub Voracek has a team-high 44 assists as part of his 56-point campaign this year. Carter Hart saw the bulk of the workload for the Flyers this season, posting a 24-13-3 record with a 2.42 GAA and .914 save percentage while Brian Elliott has a 16-7-4 record with a 2.87 GAA and .899 save percentage this year. 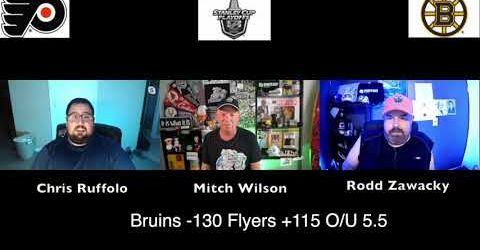 The Boston Bruins come into the playoffs as the top seed in the Eastern Conference and the President’s trophy winner as the team with the most points in the league after posting 100 points with a record of 44-14-12 with a .714 point percentage this season. It was the usual cast of players for the Bruins as Boston made the playoffs for the fourth straight season as David Pastrnak led the Bruins with 95 points and 48 goals along with 47 assists and a team-high 20 power play goals and 38 power play points. Brad Marchand had 87 points with a team-high 59 assists while Patrice Bergeron has 31 goals and 25 assists. Torey Krug also has 49 points with 40 assists and 28 power play points this season. Tuukka Rask and Jaroslav Halak split the workload for Boston this season, with Rask logging a record of 26-8-6 with a 2.12 GAA and a .929 save percentage while Halak has a mark of 18-6-6 with a 2.39 GAA and .919 save percentage this season.

Anyone who has followed me or watches our live show knows that I have a tendency to back the Boston Bruins, mainly because they were so dominant at home this season and were winning games consistently like nobody’s business. However, the Flyers are legit, and they’re my pick to win the top seed in the conference when this round robin is finished. The Flyers went 7-1-1 against the other three teams in the round robin, including taking two of three from Boston earlier in the year. I just think there’s too much value to pass on here with Philadelphia, so I’ll take a shot with the Flyers and the plus money here.