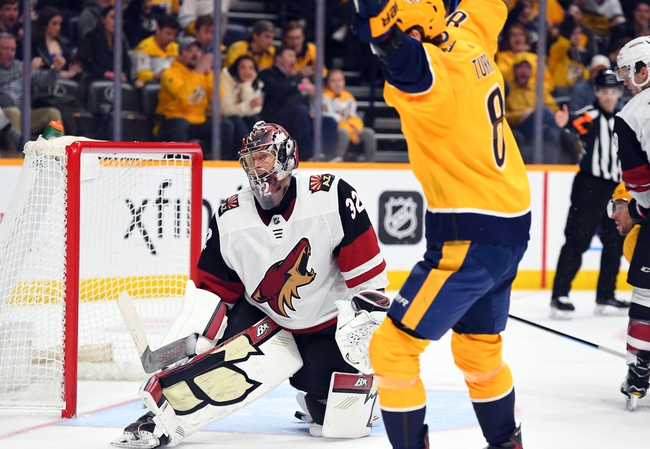 The Arizona Coyotes and the Nashville Predators meet in game one of their best-of-five qualifying round series from Rogers Place on Sunday afternoon.

The Arizona Coyotes were one of the teams that benefitted from the modified playoff structure, entering the postseason as the #11 seed in the West, finishing with a record of 33-29-8 and a points percentage of .529. The playoff berth marks the first time since the 2011-12 season that the Coyotes are in the postseason. Taylor Hall led the Coyotes with a team-high 52 points and 36 assists while Conor Garland had a team-high 22 goals as part of his 39-point season this year. Nick Schmaltz also chipped in 34 assists with a total of 45 points while Alex Goligoski had 28 assists and 32 points to lead all of Arizona’s defensemen. The goaltending duo of Darcy Kuemper and Antti Raanta split the workload for much of the season, with Kuemper going 16-11-2 with a 2.22 GAA and a .928 save percentage while Raanta went 15-14-3 with a 2.63 GAA and a .921 save percentage this season.

The Nashville Predators enter as the #6 seed in the Western Conference, finishing with a record of 35-26-8 and 78 points with a point percentage of .565 this season. It was a lot of the cast of usual characters for Nashville as the Preds clinched a sixth straight playoff berth as Filip Forsberg led Nashville’s Forwards with 48 points and 21 goals. Matt Duchene had 42 points with 29 assists while Ryan Ellis had 30 assists as part of his 38-point campaign on the Nashville defense. Roman Josi led the Predators with 65 points and a team-high 49 assists as the anchor of Nashville’s D. Pekka Rinne and Juuse Saros split the duties in Nashville’s crease, with Rinne sporting an 18-14-4 record with a 3.17 GAA and an .895 save percentage while Saros went 17-12-4 with a 2.70 GAA and a .914 save percentage this season.

I know it’s the playoffs and anyone can steal a game at any time, but Arizona didn’t look good for the last couple months before the NHL was forced to pause and while Nashville wasn’t much better, at least they were winning games. The break gave Arizona a chance to get their goalies back to 100% which was part of the reason for all of their struggles, but I haven’t forgotten that the Coyotes have a hard time scoring and when you don’t score you’re not going to win many games. That I have learned. I just like Nashville a bit more here, so I’ll back the Predators to draw first blood with a win here. 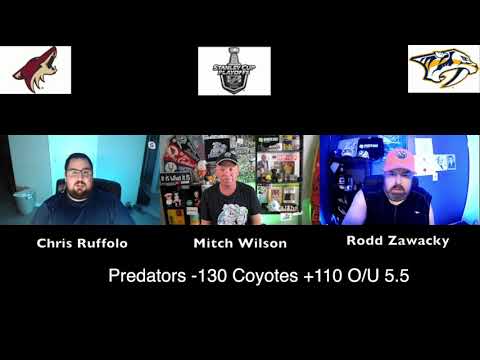