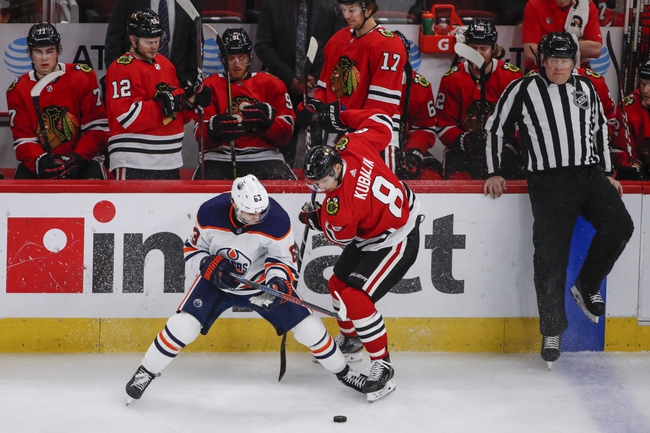 The Chicago Blackhawks and Edmonton Oilers meet Saturday in game one of the NHL West Qualifying action at the Rogers Place.

The Edmonton Oilers entered the NHL break being up and down by splitting their last 10 games. The Edmonton Oilers are averaging 3.1 goals per game and are scoring on 29.5 percent of their power play opportunities. Leon Draisaitl leads Edmonton with 43 goals, Connor McDavid has 63 assists and James Neal has 112 shots on goal. Defensively, the Edmonton Oilers are allowing three goals per game and are killing 84.4 percent of their opponents power plays. Mike Smith has given up 105 goals on 1,087 shots faced and Mikko Koskinen has allowed 97 goals on 1,175 shots.

The Edmonton Oilers are probably the better team, but they're also a club that's thin on playoff experience and has had issues in the past closing out games. The Chicago Blackhawks looked really impressive in their scrimmage against the St. Louis Blues and have been a team that can surprise in spurts this season. While they haven't made a ton of money this season, the Blackhawks have actually been a positive team for bettors up to this point. The Chicago Blackhawks also have a lot of guys who have been there done that in the playoffs, and they have a lot of success when it comes to beating the Oilers.

I'll take a shot with the Blackhawks and the plus money, as they've cashed us some nice tickets this year in similar situations.