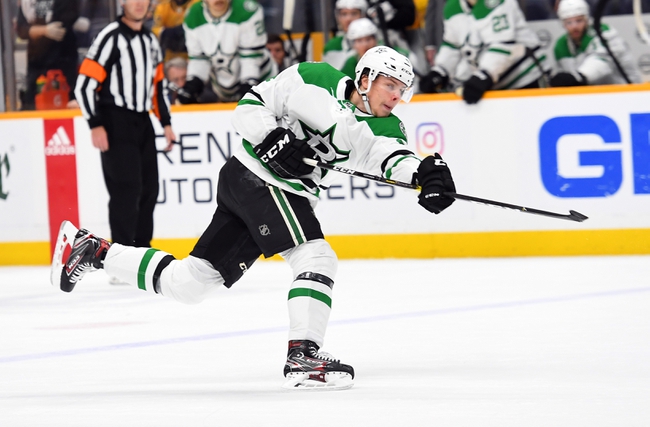 The Nashville Predators and the Dallas Stars meet in an NHL preseason matchup from Rogers Place on Thursday afternoon.

The Nashville Predators come into the bubble as the #6 seed in the West, sitting on 78 points with a record of 35-26-8 with a point percentage of .565. Nashville jumped out to a strong 8-3-2 mark in October, but played .500 hockey or worse over the next three months to be muddled in the middle of the Western Conference. The Preds rattled off a strong 8-5-1 mark in February and a 3-2 mark in March before the NHL was forced to pause in mid-March due to the Coronavirus Pandemic. Roman Josi leads the Predators with 65 points including a team-high 49 assists and a team-high 23 power play points while Filip Forsberg has 48 points with a team-high 21 goals and 7 power play goals this season. Juuse Saros and Pekka Rinne split the goaltending duties, with Saros owning a 17-12-4 record with a 2.70 GAA and .914 save percentage while Rinne went 18-14-4 with a 3.17 GAA and .895 save percentage this season.

The Dallas Stars on the other hand sit in 4th in the Western Conference, on 82 points with a record of 37-24-8 and a .594 point percentage. The Stars started slow, but ran hot in November with a record of 10-2-1 in the month. December saw a tumultuous road, as Jim Montgomery was relieved of his duties as head coach, leaving Rick Bowness as the interim head coach. The Stars would hold strong in January and February before starting to slide to being March, but luckily for Dallas the league paused and put a brief end to their skid for the time being. Tyler Seguin leads Dallas with 50 points on the year, including a team-high 33 assists while Jamie Benn and Roope Hintz each have 19 goals and Denis Gurianov leads the Stars with 20 goals this season. John Klingberg leads the Stars with 17 power play points this season. Ben Bishop and Anton Khudobin split the goaltending duties with Bishop posting a record of 21-16-4 with a 2.50 GAA and .920 save percentage while Khudobin has a 16-8-4 record with a 2.22 GAA and .930 save percentage this season.

The hiatus and the long layoff could lend itself to a higher-scoring game with sloppy defense and poor goaltending. However, these two teams play each other very tight, with all four meetings finishing with six goals or less, including the last two meetings sporting a combined three goals back in March. I think the focus for this game will be fine tuning the defensive units, so I’ll side with the under in this game.

Chris’s Pick Under (Will Update With Odds Once Released)