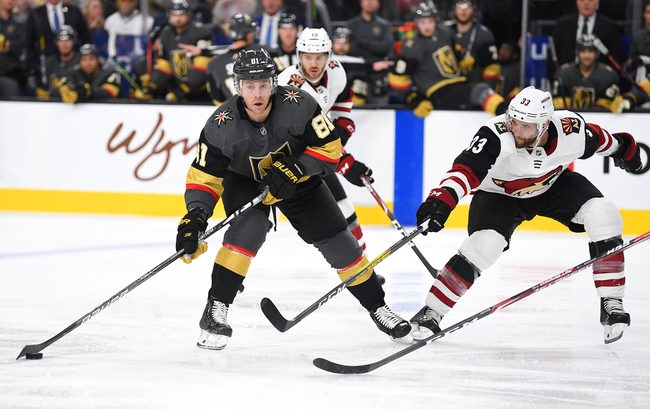 Where to Watch: NHL, NHL.TV, FS-A PLUS Stream live sports and exclusive originals on ESPN+. Sign up now!

The Arizona Coyotes entered the break splitting their last 10 games. The Arizona Coyotes are averaging 2.7 goals per game and are scoring on 19.2 percent of their power play opportunities. Conor Garland leads Arizona with 22 goals, Nick Schmaltz has 34 assists and Oliver Ekman-Larsson has 135 shots on goal. Defensively, the Arizona Coyotes are allowing 2.6 goals per game and are killing 82.7 percent of their opponents power plays. Darcy Kuemper has given up 65 goals on 903 shots faced and Antti Raanta has allowed 80 goals on 1,014 shots.

The Vegas Golden Knights have won the last two meetings against the Arizona Coyotes and six of the last 10 meetings overall. The Vegas Golden Knights also entered the break playing some of their best hockey of the season with wins in 11 of their last 13 games, and their defense improved by leaps and bounds. The Arizona Coyotes have been hit or miss all season long and it was no different the last couple of weeks heading into the leagues suspension. The Coyotes just can't find enough consistent offense to finish games, as they're below league average in goals scored per game and power play percentage. It's hard to get behind the Arizona Coyotes knowing their play probably hasn't improved all that much, especially when going up against a Vegas side that has championship goals.

I'll side with the Vegas Golden Knights in this scrimmage.