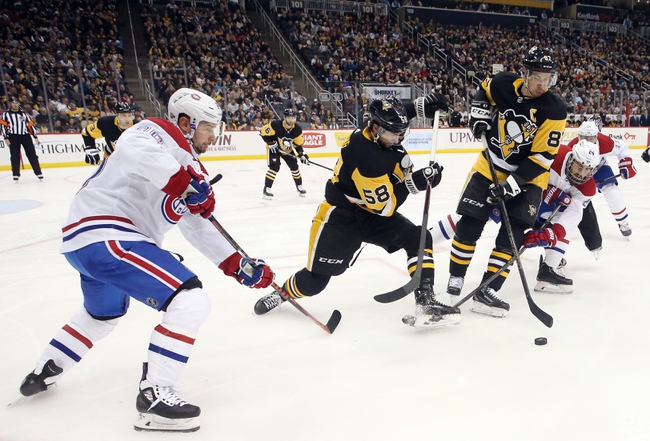 Where to Watch: NHLN Stream live sports and exclusive originals on ESPN+. Sign up now!

The 5 seed Pittsburgh Penguins and the 12 seed Montreal Canadiens will meet in the Qualifying Round of the NHL Playoffs. This will be a Best-of-5 series between the two Eastern Conference hockey clubs. Bet This NHL Series Here

The Pittsburgh Penguins, who were Stanley Cup Champions in 2015-16 and 2016-17, are always a difficult team to face come playoff time. The Pens were led by C Evgeni Malkin in scoring with 25 goals and 49 assists (74 points). The Penguins have always been known to have high-scoring offenses, a lot of that is thanks to their captain, Sidney Crosby. Pittsburgh’s leading goaltender in 2019-20 is G Tristian Jarry, who had 20 wins, a .921 save percentage, and a 2.43 goals-against average in the regular season.

The Montreal Canadiens, who have not been in the Stanley Cup Playoffs since 2017, feature a youthful roster with some imperative veterans, such as their goaltender, Carey Price. Price earned 27 wins, with a .909 save percentage and a 2.79 goals-against average in the regular season. Although his numbers were not great from his standard, Price will be a tough nut to crack against any team in the league. The Canadiens leading scorer during the regular season was LW Tomas Tatar, who scored 22 goals and 39 assists (61 points).

The way Pittsburgh was playing before the break was definitely alarming, as the Pens were losing games they plainly had no business in losing. Although that may worry some, it does not really matter to me, as the team, like every other club, has had a lot of time to regroup and clear their minds. I think this Pittsburgh team is way too overpowered on the offensive side to lose this series. Montreal is a young, up-and-coming team that I think needs a little more experience in order to take down a Titan like these Penguins. I will take the Penguins to win in sweeping fashion, 3-0. Bet This NHL Series Here

Get Premium Picks Start Winning Now »
The pick in this article is the opinion of the writer, not a PickDawgz site consensus.
Previous Pick
Vancouver Canucks at Arizona Coyotes - 3/12/20 NHL Picks and Prediction
Next Pick
Chicago Blackhawks vs. Edmonton Oilers - 2020 NHL Playoff Series Picks and Prediction