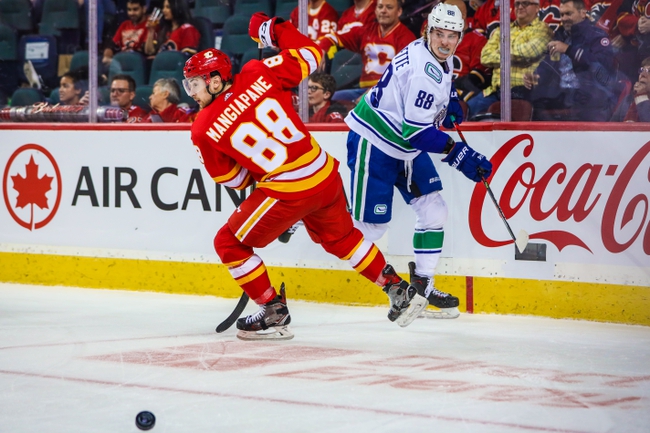 Where to watch: R360, RSN1 Stream live sports and exclusive originals on ESPN+. Sign up now!

The Vancouver Canucks and Calgary Flames meet Sunday in NHL action at the Scotiabank Saddledome.

The Vancouver Canucks don't have a lot of road success lately and haven't handled being on the end of back to backs well, but they enter this contest red hot and are a very attractive option as an underdog. The Calgary Flames are probably the better team and have outscored the Canucks 6-1 in the last two meetings, but hockey can often simply be about riding the hot hand and you have to like what the Canucks have done over the last week or so. I'll take my plus money.