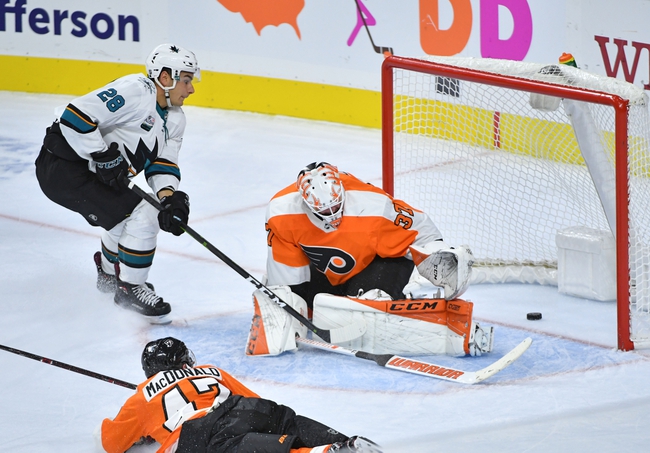 Where to Watch: NSP+, NSCA Stream live sports and exclusive originals on ESPN+. Sign up now!

The Philadelphia Flyers and San Jose Sharks meet Saturday in NHL action at the SAP Center.

The San Jose Sharks have won eight of the last 10 meetings against the Flyers, which includes a 4-3 overtime win back in early November. The problem is the Sharks continue to have defensive issues and those usually don't improve on the end of a back to back with a game that included overtime. The Philadelphia Flyers are back to their winning ways with an impressive effort defensively, and they've been money all year in the favorite role. I'll gladly take this cheap price with the Flyers on the road.