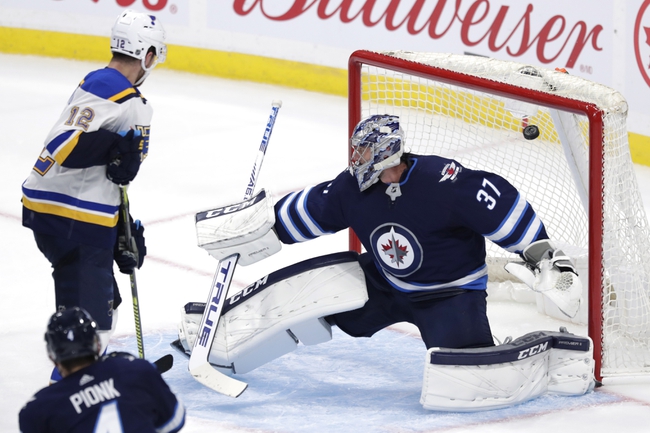 Where to watch: TSN3, FS-Midwest Stream live sports and exclusive originals on ESPN+. Sign up now!

The St. Louis Blues and the Winnipeg Jets meet in NHL action from Bell MTS Place on Friday night.

The St. Louis Blues will look to build on their six-game winning streak after a 4-1 win over Los Angeles in their last outing. Brayden Schenn opened the scoring just under five minutes into the game and Jaden Schwartz doubled the lead :52 later before Vince Dunn pushed the lead to 3-0 and Schenn made it 4-0 with his 2nd goal of the game just :59 later. L.A. got on the board before the end of the 1st period, but that’s as much damage as the Kings would do the rest of the way as none of L.A.’s 23 shots on goal over the final two periods found the back of the net as St. Louis held on for the win. Jordan Binnington got the win to improve to 17-6-4 after stopping 29 of 30 shots faced in the winning effort.

The Winnipeg Jets will look to bounce back after a 6-2 loss to Montreal last time out. Kyle Connor got the Jets on the board just after the midway point of the opening period but Montreal would push ahead 2-1 with a pair of goals 1:32 apart in the 1st. Montreal added another pair of goals in the opening half of the 2nd period before Winnipeg pulled a goal back to make it 4-2. Montreal restored the three-goal cushion by the end of the 2nd. Montreal pushed their lead to 6-2 to secure the win just after the midway point of the 3rd period. Laurent Brossoit took the loss, falling to 4-4-0 after allowing all 6 goals on 48 shots faced in the losing effort.

Even/plus money with the Jets at home is tempting, but it’s even more tempting to get the defending champions on a six-game winning streak with a low line against a Winnipeg team that they’ve had the upper hand on in recent meetings. The Blues are just looking like the team that we saw hoist Lord Stanley’s mug last season, and I just don’t see that stopping here even after the Christmas break. I’ll lay the juice with St. Louis in this spot.