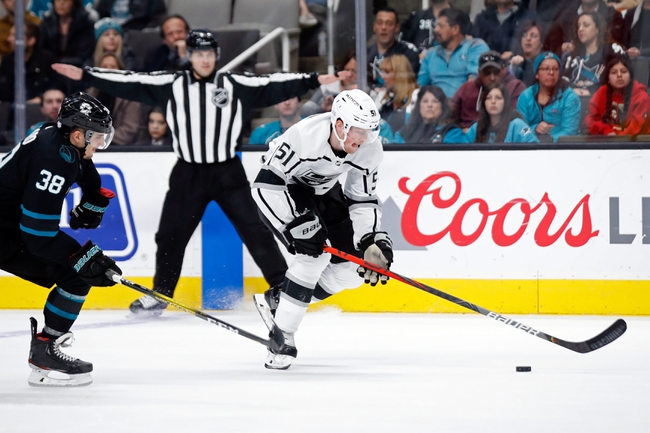 Where to Watch: FSW, NSCA Stream live sports and exclusive originals on ESPN+. Sign up now!

I'm not trying to back either of these teams in their current form, and I'm certainly not laying juice with the Sharks given that they've lost nine of their last 10 tries. Instead, I'm looking at the over on this short total given that both sides have had trouble all year keeping the puck out of the net. Seven of the last 10 meetings between the Kings and Sharks have produced at least five goals. Each of the last three meetings are averaging six goals. At this total, the over makes much more sense than trying to find an edge on the side.