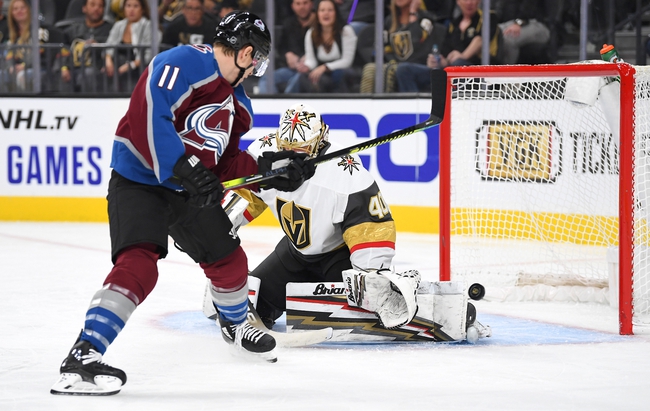 Where to watch: Alti, ATRM Stream live sports and exclusive originals on ESPN+. Sign up now!

The Colorado Avalanche and Vegas Golden Knights meet Monday in NHL action at the T-Mobile Arena.

The Colorado Avalanche have won the last three meetings against Vegas and have had a field day in those games, winning by a combined score of 13-4. The problem is the Vegas Golden Knights are back in one of those sweet spots where the defense has improved and the points are piling up quickly. Vegas has also had a lot of recent success playing on the ends of back to backs, so I'm not worried about them playing last night. I'm going to ride Vegas until the hot stretch cools off.