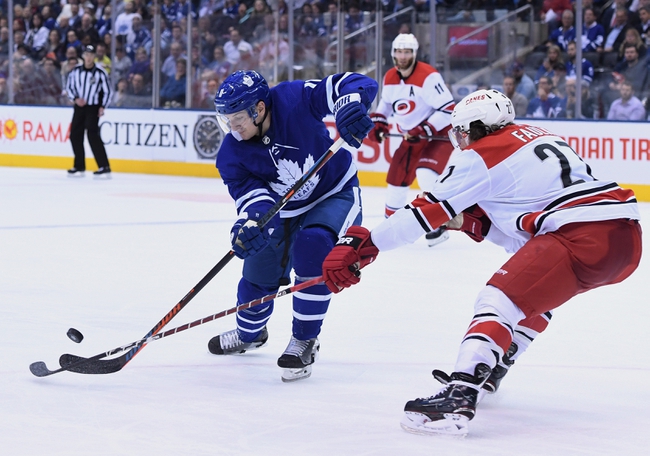 Where to Watch: FSCR, RSNO Stream live sports and exclusive originals on ESPN+. Sign up now!

The Carolina Hurricanes and Toronto Maple Leafs meet Monday in NHL action at the Scotiabank Arena.

The Toronto Maple Leafs are finally starting to put things together, as we always knew the offensive firepower was there, it was always a question of the defense holding up. Well, it's no coincidence the Maple Leafs have won six of their last seven when they're consistently allowing three or less goals. The Toronto Maple Leafs have won five of the last eight meetings against the Hurricanes. And while the Carolina Hurricanes are playing well in their own right, I'm not looking to step in front of the Maple Leafs right now, especially with prices this cheap.