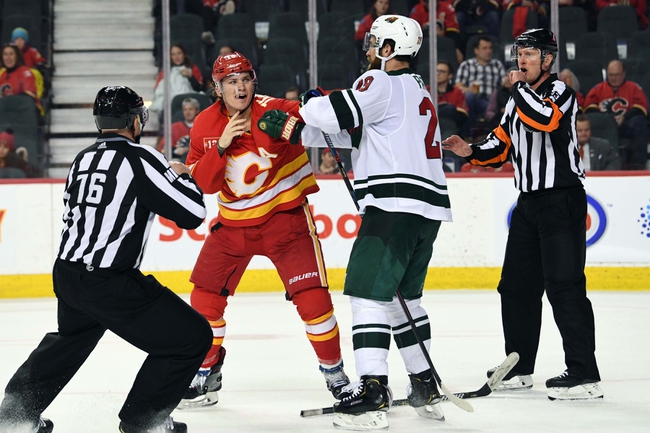 Where to watch: RSNW, FSN Stream live sports and exclusive originals on ESPN+. Sign up now!

The Calgary Flames and Minnesota Wild meet Monday in NHL action at the Xcel Energy Center.

This is a very quick turnaround for the Calgary Flames after playing last night and now having to get ready for a game Monday afternoon. The Minnesota Wild are well rested, their offense is looking sharp and they've done a lot of their bst work recently on their home ice. Yes, the Flames have won seven of the last 10 meetings against the Wild, but this is a rough schedule spot for Calgary on the road. I'll side with the Minnesota Wild and the cheap price.