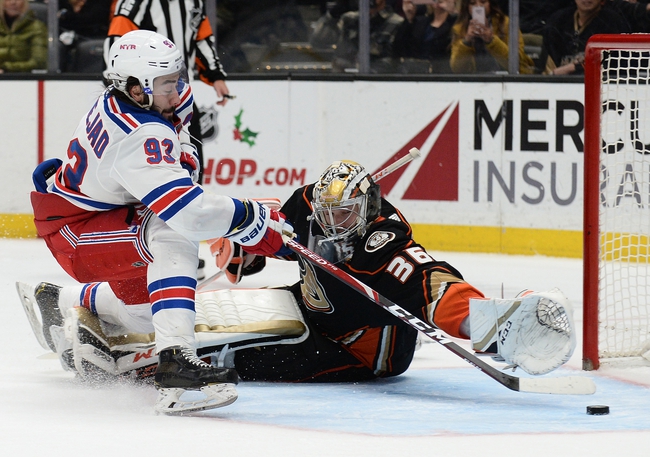 Where to watch: PRIT, MSG Stream live sports and exclusive originals on ESPN+. Sign up now!

The New York Rangers have had the upper hand over the Ducks in past meetings and have the rest advantage on top of the home ice. However, the Anaheim Ducks are coming off a confidence boosting victory yesterday over the Islanders and don't have nearly the same baggage as the Rangers. The New York Rangers are a complete mess at both ends of the ice right now and now word is that Lias Andersson is asking for a trade. It's hard to back the Rangers right now, especially if backing them in the favorite role.