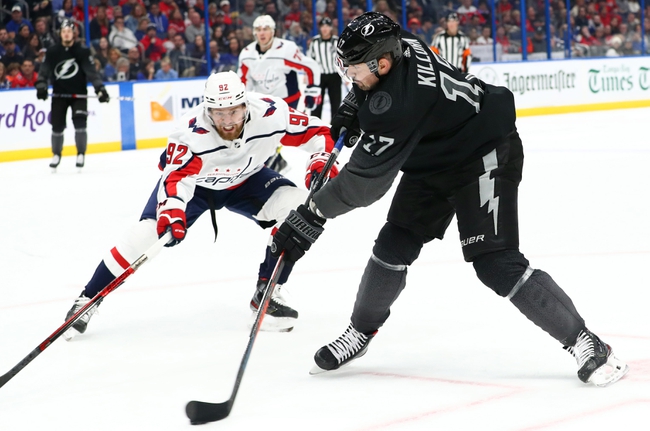 Where to watch: SunS, NSWA Stream live sports and exclusive originals on ESPN+. Sign up now!

The Tampa Bay Lightning and Washington Capitals meet Saturday in NHL action at the Capital One Center.

It's not often you get the Tampa Bay Lightning in an underdog role, so I can understand those who want to take advantage of these spots. However, the Lightning have also failed to live up to expectations and continue to struggle to strings wins together. The Washington Capitals remain the hottest team in the sport and have had no recent trouble winning on the end of back to backs. The Caps have also won five of the last seven meetings against the Lightning, including a 5-2 win on the road last week. Give me the home team.