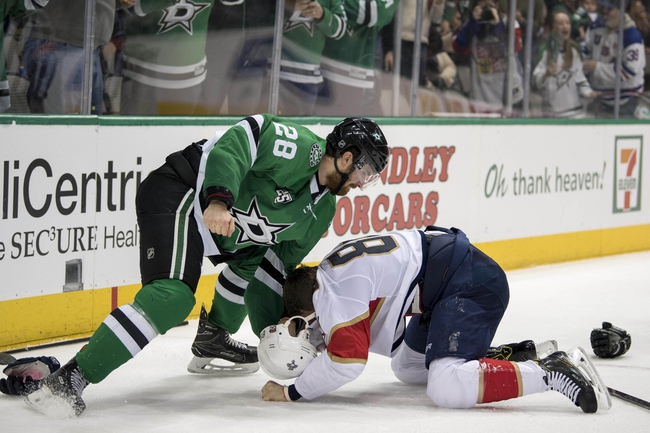 Where to watch: FSSW, FSFL Stream live sports and exclusive originals on ESPN+. Sign up now!

The Dallas Stars and Florida Panthers meet Friday in NHL action at the BB&T Center.

The Dallas Stars have won four of the last five meetings against the Panthers and have the defensive effort that's attractive in the underdog role. The problem is the Stars are on the end of a back to back that included overtime, and they're playing a Florida Panthers that's coming off one of the their more complete performances in quite some time. There's a major rest advantage for the Panthers and they're an explosive team I like to back when they show signs of that defense improving. I'll back the Panthers and the cheap price on their home ice.