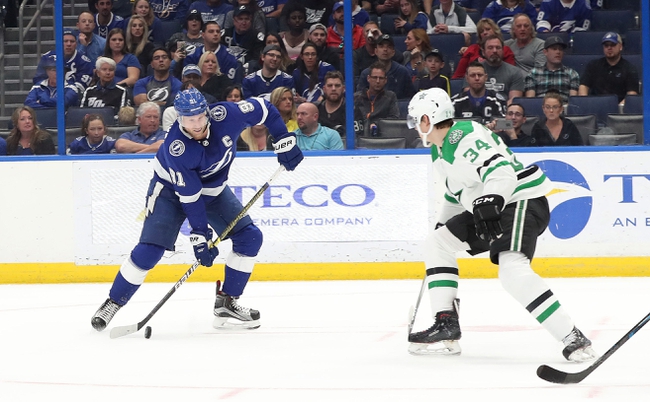 Where to Watch: FSSW, SunS Stream live sports and exclusive originals on ESPN+. Sign up now!

The Dallas Stars and Tampa Bay Lightning meet Thursday in NHL action at the Amalie Arena.

The Tampa Bay Lightning have won each of the last five meetings against the Stars, which includes outscoring them 8-0 in the last two meetings. The Lightning are also showing more and more signs of turning into the team we all expected to see before the season began. With all that said, the Dallas Stars have had a lot of success in the underdog role this season and will always be a tough out with their defensive effort, regardless of where the game is played. The Amalie Arena is a tough building to win in, but the Stars and the plus money will continue to have value.