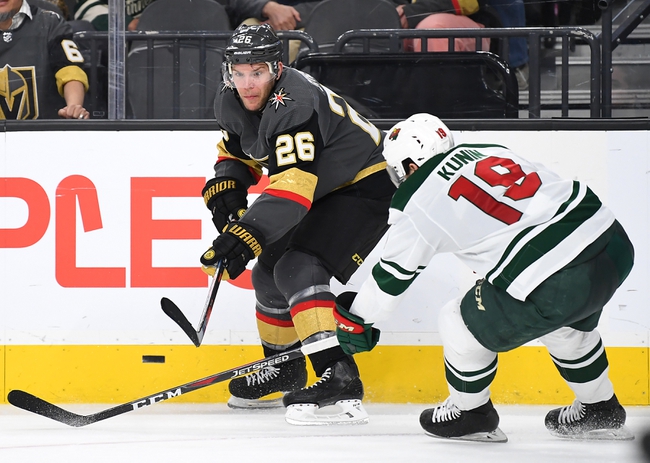 The Minnesota Wild and Vegas Golden Knights meet Tuesday in NHL action at the T-Mobile Arena.

The Minnesota Wild have won five of the six meetings against the Golden Knights and are probably playing better hockey over the last couple of weeks. The problem is the Wild haven't been able to translate that success consistently on the road, and they're running into a Golden Knights squad that's usually pretty solid at home. With a more reliable defense, the Vegas Golden Knights should be able to get the job done on their home ice, earning a rare victory over Minnesota.