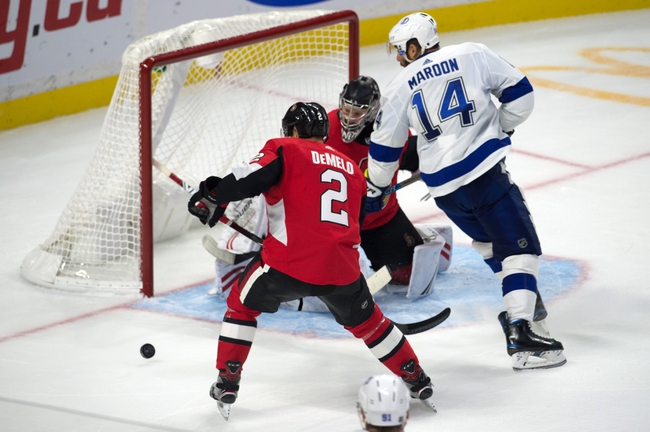 Where to watch: TSN5, SunS Stream live sports and exclusive originals on ESPN+. Sign up now!

The Ottawa Senators and Tampa Bay Lightning meet Tuesday in NHL action at the Amalie Arena.

The Ottawa Senators beat the Lightning as monster underdogs back in October, but overall they're a poor team that struggles to put together a strong 60 minutes and they're on the end of a back to back after getting blitzed by the Florida Panthers. The Amalie Arena is usually not a place where visiting teams turn things around. The Tampa Bay Lightning are showing more and more flashes of being the team we all expected to see this season and they're a well rested bunch ready to add to the Senators issues. I'll take the Tampa Bay Lightning and the PL.