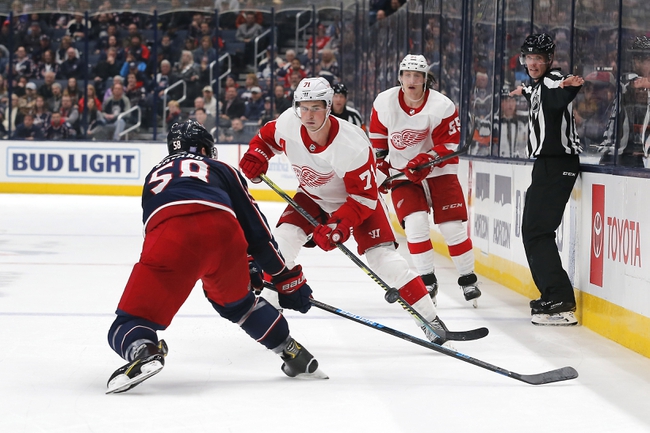 Where to watch: FSOH, FSDT Stream live sports and exclusive originals on ESPN+. Sign up now!

The Columbus Blue Jackets have dominated this series over the years with wins in nine of the last 10 meetings. However, neither of these teams are playing winning hockey at the moment, and it's the Columbus Blue Jackets that's on the end of a back to back. The Detroit Red Wings have shown signs of life recently with a pair of wins and you have to value having home ice advantage on top of the rest advantage. I'll take a stab with the Red Wings over a Blue Jackets team on the end of a back to back and can't win on the road.