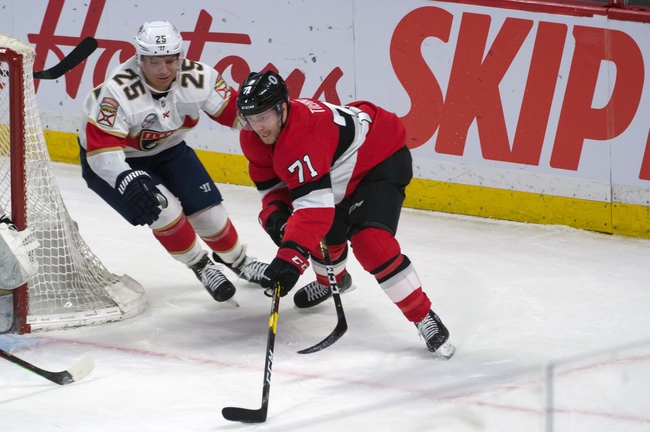 The Ottawa Senators and Florida Panthers meet Monday in NHL action at the BB&T Center.

The Florida Panthers are going through a rough patch, as now the offense has forgotten how to score and the defense remains shaky at best. The good news for the Panthers is that the Ottawa Senators remain a tough sell on the road, and Florida has won five of the last eight games against Ottawa. If the Florida Panthers really have goals of making the playoffs and living up to expectations for once, they get the job done here on their home ice against a lesser team.