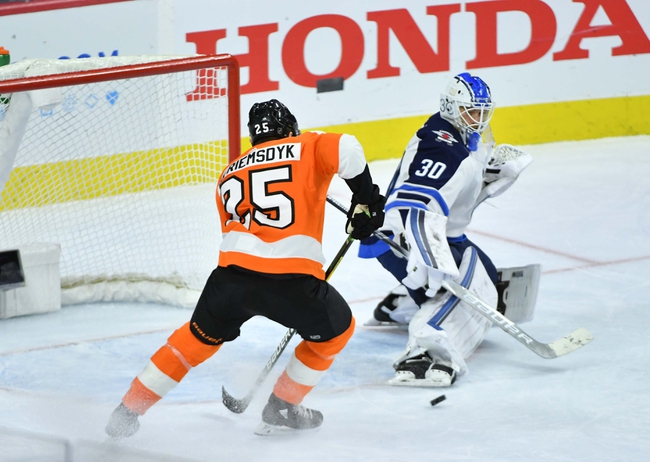 Where to Watch: NSP+, TSN3 Stream live sports and exclusive originals on ESPN+. Sign up now!

The Philadelphia Flyers and Winnipeg Jets meet Sunday in NHL action at the Bell MTS Place.

The Philadelphia Flyers are having some defensive issues as of late and they've had little to no recent success on the end of back to backs. The Winnipeg Jets have played their best recent hockey on their home ice, and it's the home team that's won eight of the last nine meetings between the Flyers and Jets. The road team hasn't won a game in this series since November of 2015. I'll lay the reasonable price with the Jets at home.