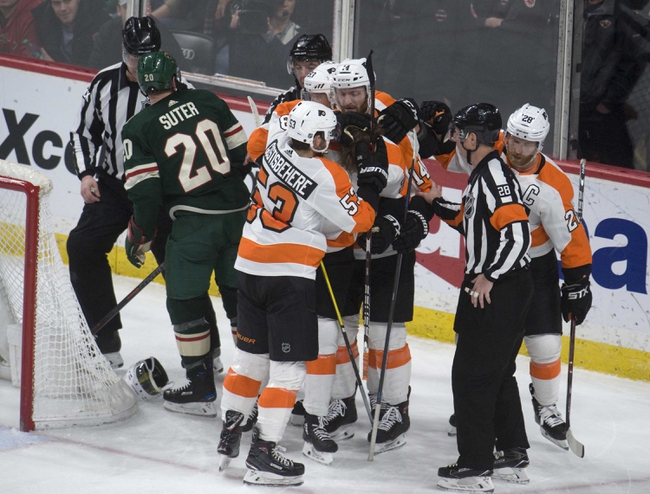 Where to Watch: FSN, NSPA Stream live sports and exclusive originals on ESPN+. Sign up now!

The Philadelphia Flyers and Minnesota Wild meet Saturday in NHL action at the Xcel Energy Center.

Both the Philadelphia Flyers and Minnesota Wild are playing impressive hockey over the last couple of weeks and it's the offense that's led the way most nights. The last two meetings between these teams have produced a combined 20 goals. Four of the Flyers last six games have seen seven goals and the Wild's last game produced a combined 11 goals. There's a lot of offense in recent play and the last two meetings between these clubs overall. I like the over in this intriguing matchup.