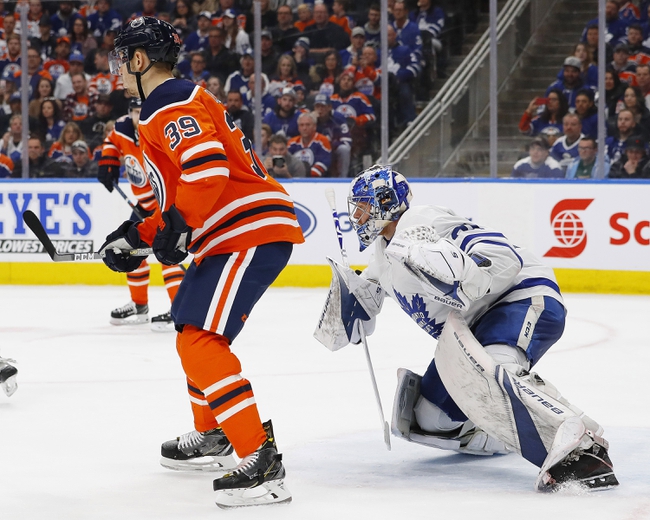 Where to watch: RSNW, RSNO Stream live sports and exclusive originals on ESPN+. Sign up now!

The Toronto Maple Leafs and Edmonton Oilers meet Saturday in NHL action at the Rogers Place.

The Toronto Maple Leafs haven't exactly lived up to expectations at this point in the season, but they have won six straight against the Oilers, not losing to them since February of 2016. The Edmonton Oilers are in a serious funk at the moment and that defense has been awful in their last few games. If those struggles in net continue, the Toronto Maple Leafs certainly have the offense to add to those troubles and come out of Edmonton with a victory. I'll lay the cheap price with the Maple Leafs on the road.