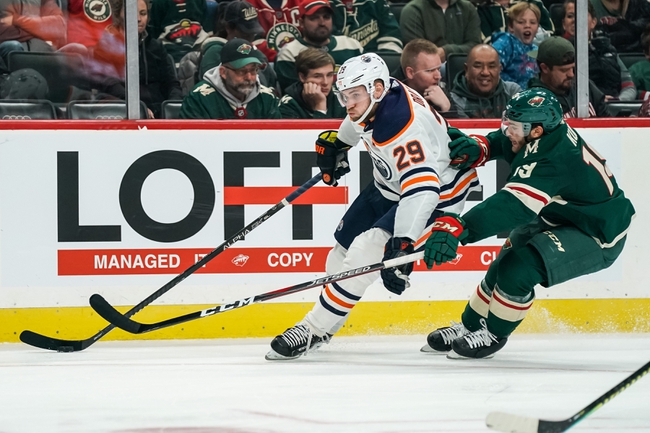 Where to Watch: RSEO, FSN Stream live sports and exclusive originals on ESPN+. Sign up now!

The Edmonton Oilers and Minnesota Wild meet Thursday in NHL action at the Xcel Energy Center.

The Minnesota Wild are playing better hockey at the moment and have had some of their best success at home where they've won 70 percent of their last 10 tries. However, the Edmonton Oilers have won four of the last seven meetings against the Wild, and they've been very valuable in the underdog role lately, and they've had great success on the road. Based on the trends and the recent history between these two teams, there's value with the Oilers and the plus money. Give me the road team.