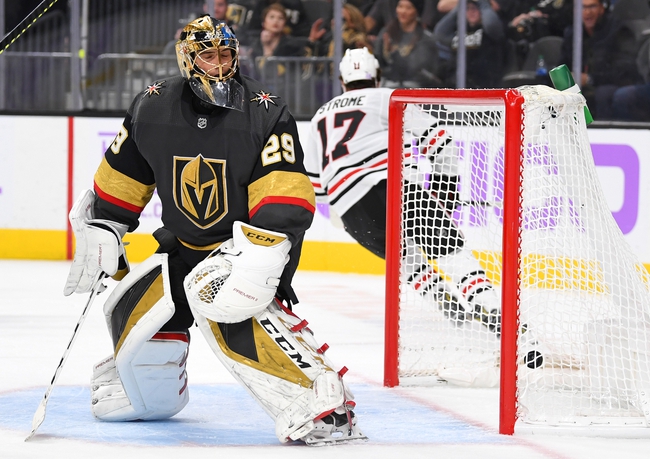 Where to Watch: NSCH, ATRM Stream live sports and exclusive originals on ESPN+. Sign up now!

The Chicago Blackhawks and Vegas Golden Knights meet Tuesday in NHL action at the T-Mobile Arena.

I'm not laying big prices with a Vegas Golden Knights squad that's had issues stringing wins together and isn't as effective at home as they've been in the past. I'm also not backing a Chicago Blackhawks team that's back to struggling defensively. Instead, I'll take the over. Both the Blackhawks and Golden Knights have had issues keeping the puck out of the net these last couple of weeks and when these teams met last month, it produced eight goals. In fact, six of the last seven meetings between the Golden Knights and Blackhawks have produced at least seven goals. Give me the over.