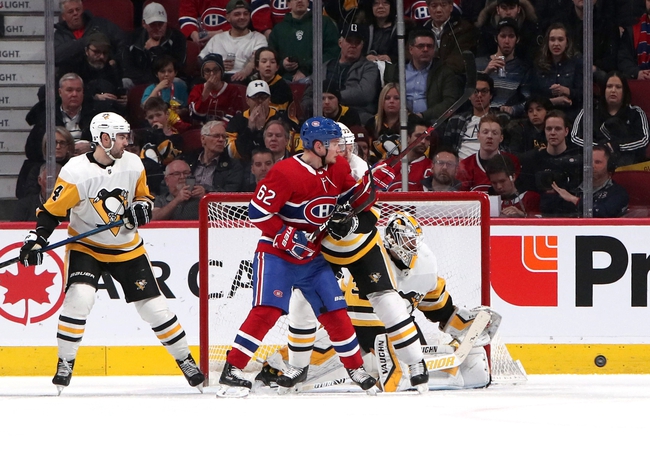 Where to Watch: TSN2, ATTP Stream live sports and exclusive originals on ESPN+. Sign up now!

The Montreal Canadiens and Pittsburgh Penguins meet Tuesday in NHL action at the PPG Paints Arena.

The Montreal Canadiens are a complete mess right now, and they're now going up against a team that does nothing but win at home. Yes, the Canadiens have won two of the last three meetings against the Penguins, but that's about the only thing you can hold onto heading into this matchup. These two teams are heading in completely opposite directions and the PPG Paints Arena isn't where struggling teams turn things around. This price is more than reasonable for the Penguins on their home ice.