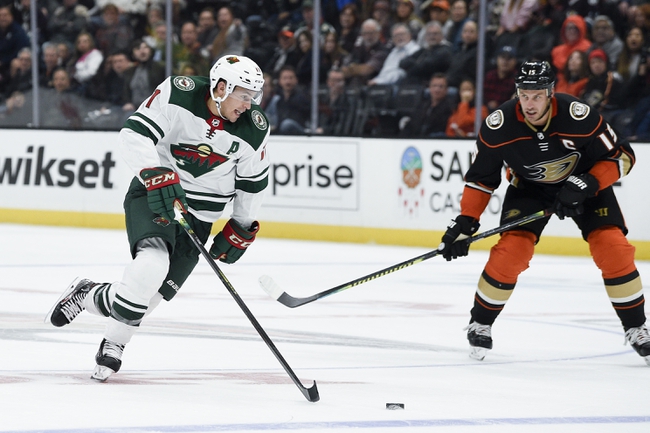 Where to Watch: PRIT, FSN Stream live sports and exclusive originals on ESPN+. Sign up now!

The Anaheim Ducks and Minnesota Wild meet Tuesday in NHL action at the Xcel Energy Center.

The road team has won seven of the last eight meetings between these clubs, but the Anaheim Ducks have been fade material on the road overall for quite some time and that will remain the case with them piling up losses the way they have these past three weeks. The Minnesota Wild are playing some of their best hockey of the season right now and have done a lot of their damage in the favorite role, especially at home. The Wild and the reasonable price is one of the better bets on Tuesday's card, as you can argue it should be a lot steeper.