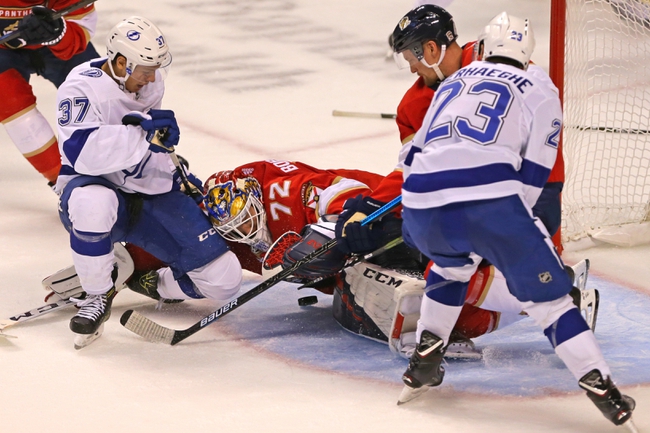 Where to Watch: FSFL, SunS Stream live sports and exclusive originals on ESPN+. Sign up now!

The Tampa Bay Lightning and Florida Panthers meet Tuesday in NHL action at the BB&T Center.

The Tampa Bay Lightning have had the clear upper hand in this in-state rivalry, but they have yet to play to their potential, the defense has been shaky at best and they're on the end of a back to back. The Florida Panthers are coming off a strong weekend and Bobrovsky has put together his two best performances in a Florida jersey. I've said many times, if the Panthers can get their goaltending on track, they're a legit title contender. I'm riding with the Florida Panthers and the cheap price at home.