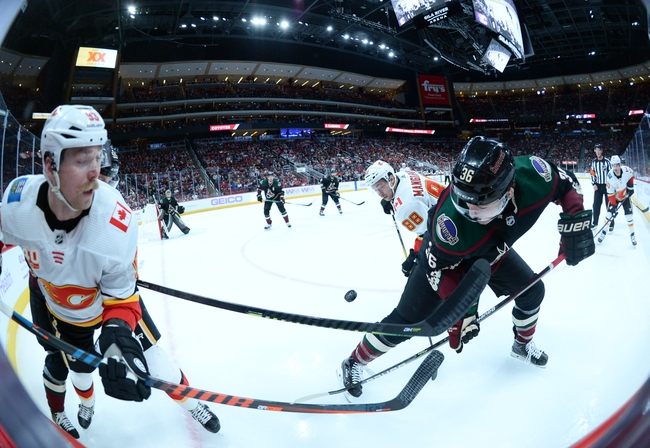 Where to watch: FSAZ, FSAZ+ Stream live sports and exclusive originals on ESPN+. Sign up now!

The Calgary Flames and Arizona Coyotes meet Tuesday in NHL action at the Gila River Arena.

The Calgary Flames are playing good enough hockey over the last two weeks to consider in this spot, but despite the five-game winning streak, they're not winning on the road and they haven't handled playing on the end of back to backs well. The home team has won each of the last six meetings between the Flames and Coyotes, and the Arizona Coyotes are going to win a lot of games moving forward if the defense continues to hold up like it has. Give me the rested Coyotes on their home ice.