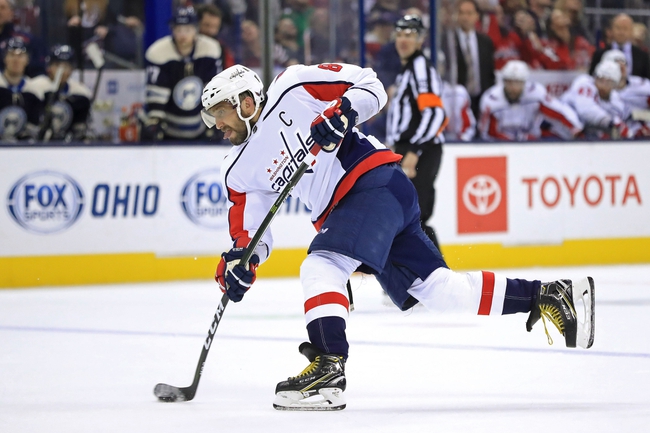 The Columbus Blue Jackets and the Washington Capitals meet in NHL action from Capital One Arena on Monday night.

The Columbus Blue Jackets come into this one looking for a big win to snap a four-game slide after a 4-1 loss to Florida last time out. Florida opened the scoring just :18 into the game with lone goal of the opening period before doubling the lead with the long goal in the 2nd period. The Panthers went 3-0 up just over six minutes into the 3rd before Vladislav Gavrikov got the Blue Jackets on the board just after the midway point of the 3rdperiod. However 3-1 was as close as the Blue Jackets would get as Florida iced the win with an empty net goal with just over two minutes to play in the 3rd period. Elvis Merzlikins took the loss, falling to 0-4-3 on the year after stopping 23 of 26 shots faced in the losing effort.

The Washington Capitals will look to add to their six-game winning streak after a 3-2 win over Anaheim in their last outing. Travis Boyd gave the Capitals the lead just nine minutes into the game before Evgeny Kuznetsov doubled Washington’s lead on the power play early in the 2nd. Anaheim pulled a goal back in the 2nd and tied the game early in the 3rd before Jakub Vrana gave the Caps the lead back just :52 later. Washington would stifle the Ducks down the stretch on the way to another win. Braden Holtby got the win to improve to 15-2-4 on the year after stopping 27 of 29 shots faced in the winning effort.

I’d like to give Columbus a shot with the plus money here given their history of success against Washington, but the issue I have is that this is the first time these two teams are playing this season, and a lot of change has happened since those trends. Most notably, the Blue Jackets don’t have Sergei Bobrovsky in net and no offense, but I’d rather have the former Vezina winner between the pipes than what Columbus has now with the tandem of Korpisalo and Merzlikins, mainly because the Capitals have beaten up on teams with much better goaltending. This is also a Columbus team that’s just 3-9 overall on the road this season. Washington is just playing out of this world right now and I think you have to keep riding them until you have a reason not to. I’ll side with Washington on the puck line here.