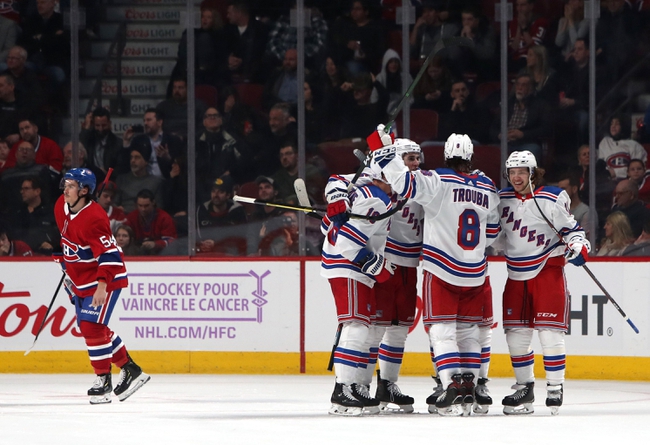 Where to watch: TSN2, MSG Stream live sports and exclusive originals on ESPN+. Sign up now!

The Montreal Canadiens have won four of the last six meetings against the Rangers, but they're unbackable in their current form, especially on the road and on the end of a back to back. The New York Rangers have had an impressive week and are winning games with an improved defense. If it continues, the Rangers have a chance to enjoy an even deeper winning stretch. This line is very cheap when you consider how poorly the Montreal Canadiens look. Give me the Rangers on their home ice.