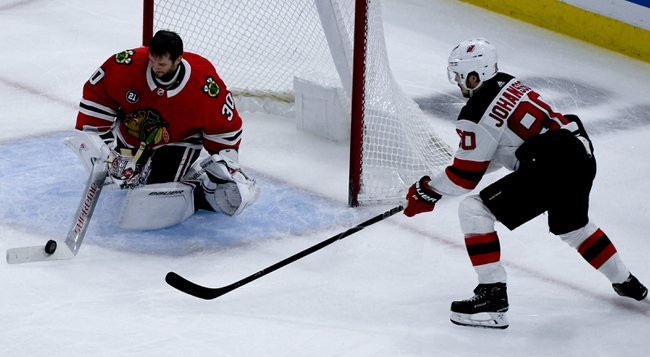 Where to watch: NCH+, MSG+ Stream live sports and exclusive originals on ESPN+. Sign up now!

The Chicago Blackhawks and New Jersey Devils meet Friday in NHL action at the Prudential Center.

I'm not laying juice with the New Jersey Devils in their current form regardless of opponent, and I'm not backing the Chicago Blackhawks on the end of a back to back. The Chicago Blackhawks haven't won back to back games in nearly three weeks. Instead, I'll side with the over in this contest. Both of these teams have major defensive issues and the last two games between the Blackhawks and Devils have combined for 20 goals. Four of the last five meetings have produced seven or more goals. Give me the over in this matchup between two struggling teams.