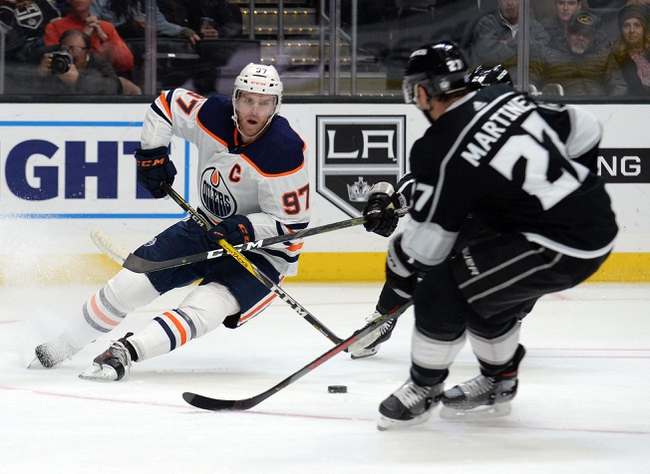 Where to Watch: SN-West, FS-West Stream live sports and exclusive originals on ESPN+. Sign up now!

The Los Angeles Kings and the Edmonton Oilers meet in a Pacific division clash in NHL action from Rogers Place on Friday night.

The Los Angeles Kings will look to rebound from back-to-back losses after a 3-1 loss to the Capitals at home last time out. Washington pushed ahead 2-0 after the first period with a pair of goals 8:51 apart and that 2-0 score would hold going all the way to the 3rd where Blake Lizotte pulled the Kings back to within one. However, Los Angeles only mustered up 5 shots on goal in the 3rd and Washington added an empty net goal to ice the win and send the Kings back empty-handed. Jonathan Quick took the loss, falling to 7-11-1 on the year after stopping 19 of 21 shots faced in the losing effort.

The Edmonton Oilers will look to rebound from a 5-2 loss to the Ottawa Senators in their last outing. Jujhar Khaira opened the scoring for Edmonton with the lone goal of the 1st period but Ottawa would surge ahead 2-1 with a pair of goals :12 apart. The Sens would add a 3rd before Oskar Klefbom pulled one back on the power play late in the 2nd period. Ottawa would restore the two goal cushion just 1:30 into the 3rd period and would add a 5th just over ten minutes later to basically ice the game. Ottawa would hold on and secure the victory to send Edmonton back with nothing to show for their work. Mikko Koskinen took the loss, falling to 10-3-2 after giving up 3 goals on 12 shots before being pulled in the 2nd period.

I’m done trying to side with Los Angeles on the road, as two wins in 13 road games so far this season is just not cutting it. On the other hand, Edmonton’s dropped their last three home games after that clunker against the Senators that lost a lot of people a lot of money. Instead, I’m going to side with the under. Los Angeles has scored two goals or less in their last nine road games, while I think Edmonton comes in with a more cautious approach, basically playing not to lose. I just see this one being a tight-physical, low-scoring affair and since six of the last eight in Edmonton have played to the under, I’ll side with the under here as well.