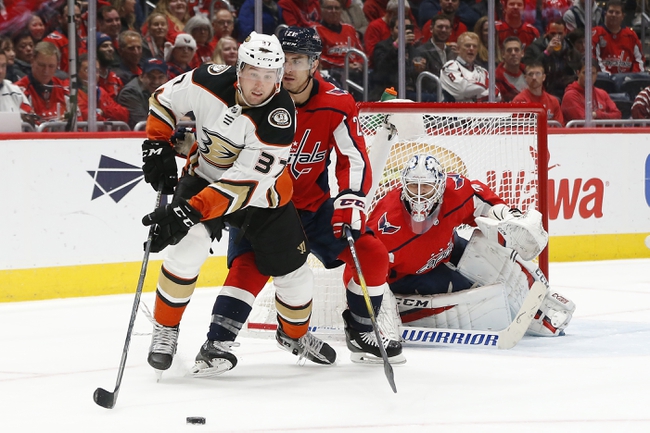 The Washington Capitals and the Anaheim Ducks meet in NHL action from the Honda Center on Friday night.

The Washington Capitals will look to build on their five-game winning streak after a 3-1 win over the Los Angeles Kings in their last outing. John Carlson staked the Caps a 2-0 lead after the first with a pair of goals 8:51 apart, and that 2-0 lead held up until the 3rd where Los Angeles cut into the deficit 3:20 into the 3rd. That was as close as the Kings got though, as Tom Wilson added an empty-net goal with 1:19 to play to ice the win for the Capitals. Ilya Samsonov got the win to improve to 7-2-1 on the year after stopping 22 of 23 shots faced in the victory.

The Anaheim Ducks will look to build on a 4-2 win over the same Los Angeles Kings in their last outing. Derek Grant and Jakob Silfverberg opened the scoring for the Ducks, giving Anaheim a 2-0 lead with a pair of goals 4:33 apart in the opening period. The Kings pulled one back in the 2nd but Carter Rowney restored the two goal cushion just :56 later. The Kings made it 3-2 with just over eight minutes to go in the 2nd, and despite outshooting the Ducks 29-13 over the final two periods, Anaheim would hold on and Derek Grant would add his 2nd of the game on an empty net with :38 to go. Ryan Miller got the win to improve to 4-1-2 on the year after stopping 34 of 36 shots faced in the winning effort.

The plus money is kind of tempting given that the home team has won 6 of the last 7 head-to-head meetings but the truth is that the Capitals are heads and shoulders playing better hockey than Anaheim right now, and even on a back-to-back looked like a cup contender in stifling Los Angeles. The Ducks got the win over L.A. last time out, but the Kings aren’t good on the road and going from L.A. to Washington is going from one end of the spectrum to the other. I’ll side with Washington here and to get some value out of the bet, I’ll take the Capitals in regulation.