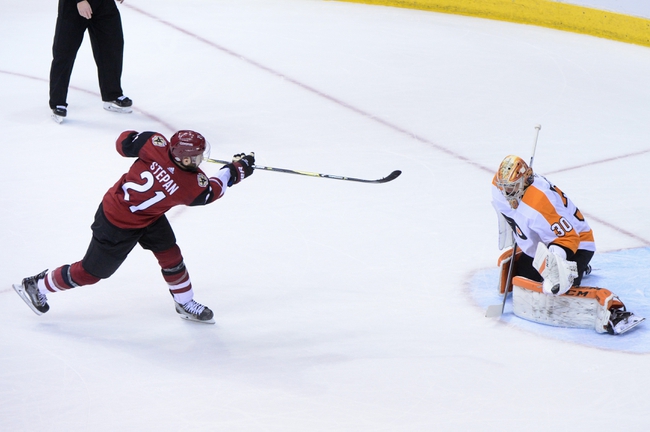 Where to Watch: FSAZ+, NSPA Stream live sports and exclusive originals on ESPN+. Sign up now!

The Arizona Coyotes and Philadelphia Flyers meet Thursday in NHL action at the Wells Fargo Center.

The Philadelphia Flyers should be favored given their recent stretch over these last two weeks, but we've made some nice coin backing the Arizona Coyotes in the underdog role this season. With that said, I'm leaning toward the over in this contest. The over has hit in 10 of the last 11 matings between the Coyotes and Flyers, and the last six meetings are producing an average of 7.6 goals. It's hard to ignore history with trends so strong. Give me the over with the fairly small total.