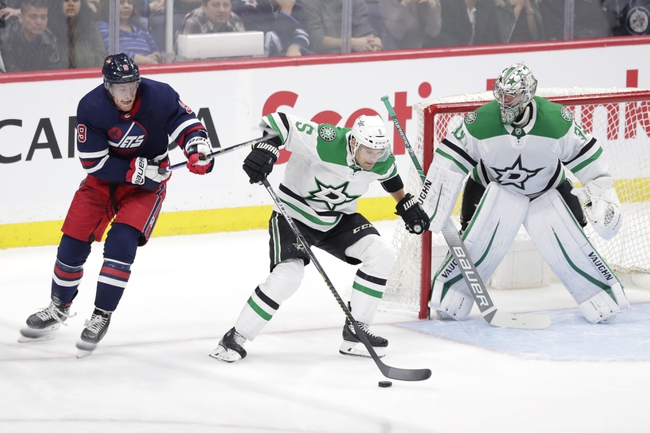 Where to Watch: TSN3, FS-Southwest Stream live sports and exclusive originals on ESPN+. Sign up now!

The Winnipeg Jets and the Dallas Stars meet in a Central division matchup in NHL action from American Airlines Center on Thursday night.

The Winnipeg Jets come into this game looking to add to Dallas’ losing skid which currently sits at four games after Winnipeg emerged with a 5-1 win last time out. Nikolaj Ehlers opened the scoring for the Jets with the lone goal of the opening period before Kyle Connor and Josh Morrissey forged the Jets ahead 3-0 with a pair of goals 3:16 apart early on in the 2nd.

Miro Heiskanen got the Stars on the board with just over two minutes to go in the 2nd, but that’s as close as Dallas got, as Patrik Laine restored the three-goal lead 1:30 later. Mark Scheifele potted a 5th with the lone goal of the 3rd period sending Dallas back to another loss.

I get Dallas being favored at home, but even with a pretty good run of form at home, it’s hard for me to lay this kind of juice with a team that’s lost four in a row the way that Dallas has. Winnipeg’s been one of the better road teams in the league, sitting top-5 in the league on the road this season, and I just think they carry that form to another win here at plus money on Thursday.