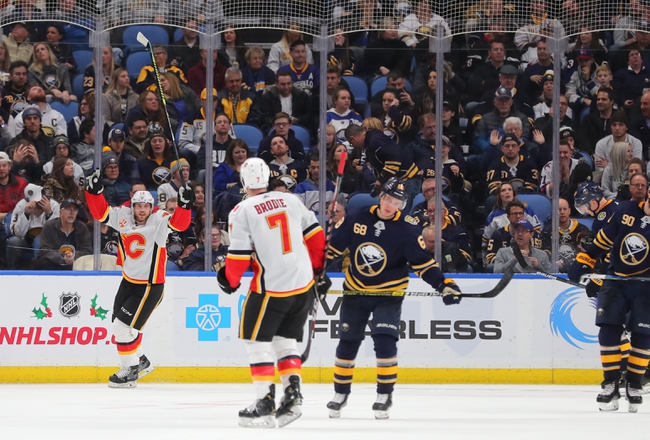 Where to watch: MSGB, RSNW Stream live sports and exclusive originals on ESPN+. Sign up now!

The Buffalo Sabres and Calgary Flames meet Thursday in NHL action at the Scotiabank Saddledome.

The Buffalo Sabres continue to pile up the losses, so while you continue to make a case for them given their hot start and assuming things will turn around, we're simply not seeing it. As for this game, five of the last seven meetings between the Sabres and Flames have gone into overtime and six of the last nine meetings have produced six or more goals. The Buffalo Sabres have some defensive issues they need to figure out. I'll side with the over in this contest.