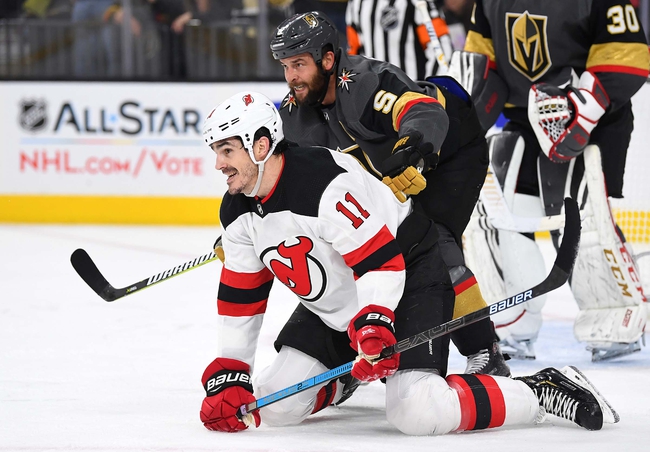 Where to Watch: MSG, ATRM Stream live sports and exclusive originals on ESPN+. Sign up now!

The New Jersey Devils seem to be a complete mess right now, especially on the defensive end, and I'm sure none of those issues go away when playing on the end of a back-to-back. The Vegas Golden Knights aren't stringing together wins these days, but their defensive effort has improved over the last two weeks and they've had some success on the road this season. I'll side with the Vegas Golden Knights given the rest advantage and the fact I don't like the vibes I'm getting from the Devils right now.