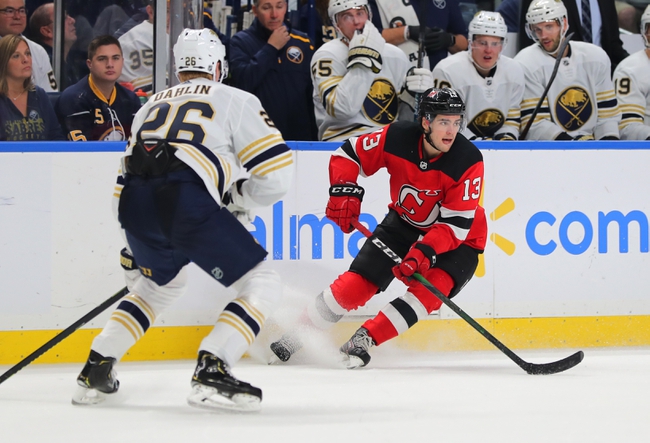 The New Jersey Devils and Buffalo Sabres meet Monday in NHL action at the KeyBank Center.

The New Jersey Devils have won seven of the last 10 meetings against the Sabres, so there's some value here with the plus money. Not to mention the Buffalo Sabres aren't the same team they were to start the season, as the losses continue to pile up and the defense is getting quite sloppy. With all that said, the New Jersey Devils are not good on the road to put it nicely and they provide very little value as a road underdog. The Buffalo Sabres have shown how good they can be, and they did beat these Devils 7-2 earlier in the season. I'll lay the cheap price with the home team.