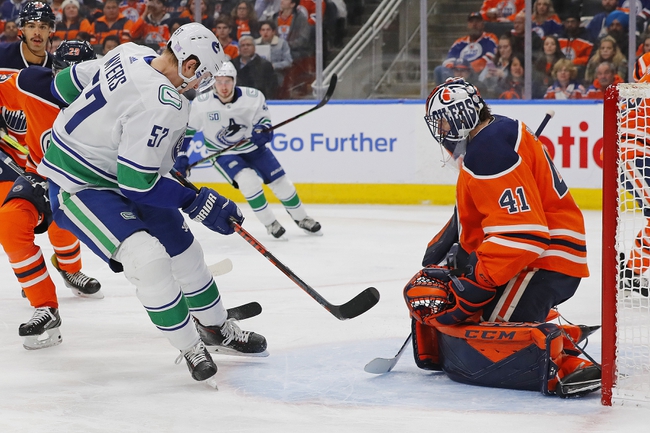 The Edmonton Oilers and Vancouver Canucks meet Sunday in NHL action at the Rogers Arena.

It's not easy to beat the same team twice in as many days, but the Vancouver Canucks looked like the much sharper team in the 5-2 win on Saturday night, and the home team has still won seven of the last 10 meetings overall. The Edmonton Oilers have had little to no success on the end of back to backs the last three years, and it feels like the Canucks are due for a breakout home victory. The Canucks have been too consistent lately defensively not to take advantage of home ice. I'll lay the reasonable price with the Canucks.