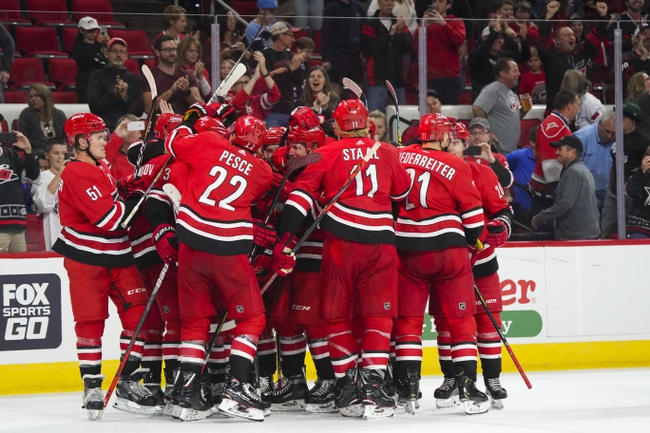 Where to watch: FSCR, SunS Stream live sports and exclusive originals on ESPN+. Sign up now!

The Carolina Hurricanes and Tampa Bay Lightning meet Saturday in NHL action at the Amalie Arena.

When two teams are on the end of a back to back, it usually gives the edge to the home team, as that crowd can provide an extra boost that make you forget about tired legs. The Tampa Bay Lightning have also won seven of the last nine meetings against the Hurricanes and have been highly effective as a home favorite. This is also a rather cheap price with Tampa Bay at home, as it's not uncommon to see prices of -180 and -200. I'll lay the cheap price with the The Tampa Bay Lightning on their home ice.