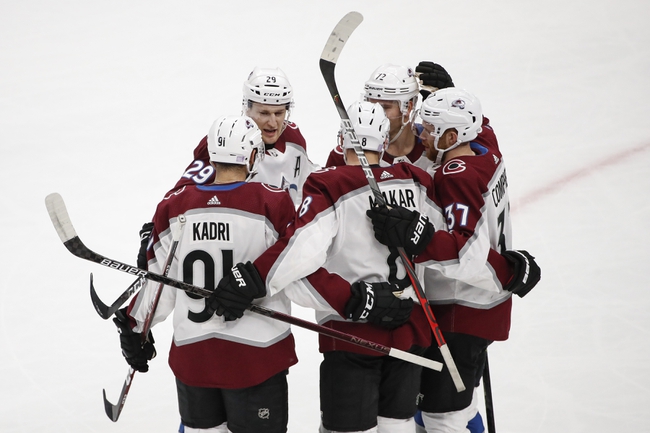 Where to Watch: Altitude, NBCS-Chicago Stream live sports and exclusive originals on ESPN+. Sign up now!

The Chicago Blackhawks and the Colorado Avalanche meet in NHL action from the Pepsi Center on Saturday night.

The Chicago Blackhawks will look to bounce back in the second half of the home and home with the Avs after Colorado started things with a 5-2 win on Friday.

Nathan MacKinnon opened the scoring for the Avs just :59 into the game before Ryan Graves doubled the lead just 2:18 later. Zack Smithpulled one back for Chicago to make it 2-1 but Cale Makar restored the two goal cushion with a power play goal just 3:06 later.

Valeri Nichushkin and J.T. Compher pushed the Avs 5-1 up with a pair of goals 1:46 apart around the midway point of the 2nd period, before Patrick Kane scored with :04 to go in the period to cut the deficit to 5-2. That’s as close as Chicago would get though, as Colorado would slam the door shut and end any hopes of a Blackhawks comeback in the 3rd.

Pavel Francouz got the win to improve to 5-2-0 on the year after stopping 34 of 36 shots faced for Colorado in the win while Corey Crawford took the L for Chicago after giving up 5 goals on 23 shots in the losing effort.

Both teams come in with some heavy legs after having to travel for this one, and while it’s tough to beat the same team in as many nights, I’m going to side with Colorado here. The Blackhawks didn’t look great on Friday and the Avs took care of business in the tougher part of the home and home, which is winning on the road and they did it first. Now the Avs get to go home where they’ve been strong dating back to last year, and I just think that Colorado gets it done at home here.