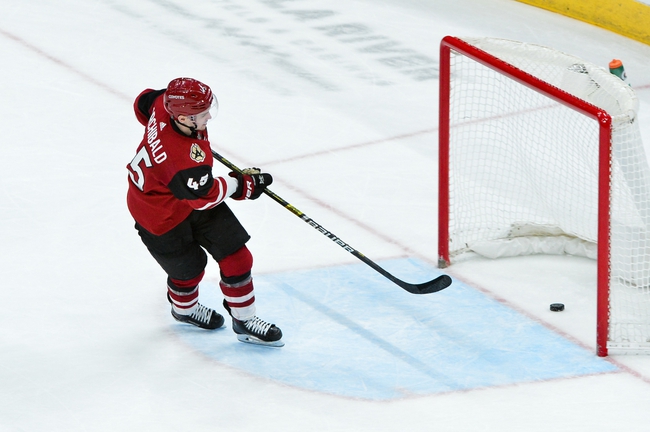 Where to watch: FSAZ, NSCA Stream live sports and exclusive originals on ESPN+. Sign up now!

The San Jose Sharks have won six of the last nine meetings against the Coyotes and enter this contest playing brilliant hockey with wins in eight of their last 10 tries. The Arizona Coyotes have been hit or miss as of late and haven't had success on the end of back to backs dating back to last season. While the Arizona Coyotes are tough to bet against as long as the defense is holding up, especially at home, the Sharks aren't a team I'm stepping in front of right now. I'll side with the Sharks on the road.