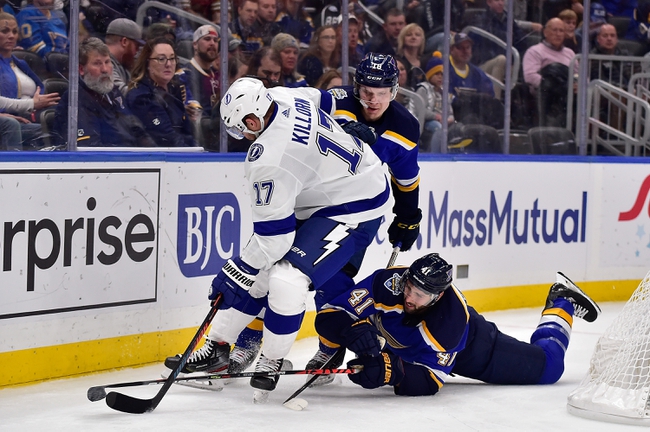 Where to watch: FSMW, SunS Stream live sports and exclusive originals on ESPN+. Sign up now!

The St. Louis Blues have actually won the last three meetings against the Lightning, which includes a 3-1 win just last week. The problem is the Blues are in a bit of a rough patch where the defense is getting beat and the offense can't keep up. The Tampa Bay Lightning seem to have found their groove over the last week or so and have always been one of the more consistent home teams in the sport. It's hard to go against the Tampa Bay Lightning here, and I'll lay the PL for added value.