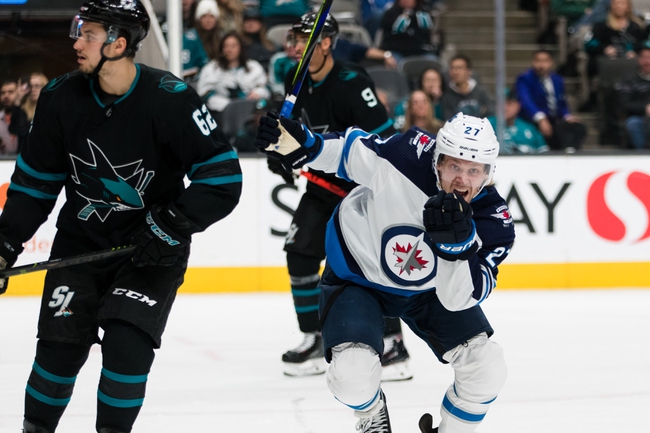 Where to Watch: NSCA, TSN3 Stream live sports and exclusive originals on ESPN+. Sign up now!

The Winnipeg Jets and San Jose Sharks meet Wednesday in NHL action at the SAP Center.

There's value with the Winnipeg Jets and the plus money given that they've been successful in the underdog role lately and are playing some of their best hockey of the season. The problem is the San Jose Sharks have caught fire over these last three weeks and hockey is often about riding the hot hand and jumping off once it turns cold. At home, I'm not looking to step in front of these confident Sharks with an improved defense. It also doesn't hurt that the Sharks have won six of the last 10 meetings against the Jets. I'll lay the reasonable price with the home team.