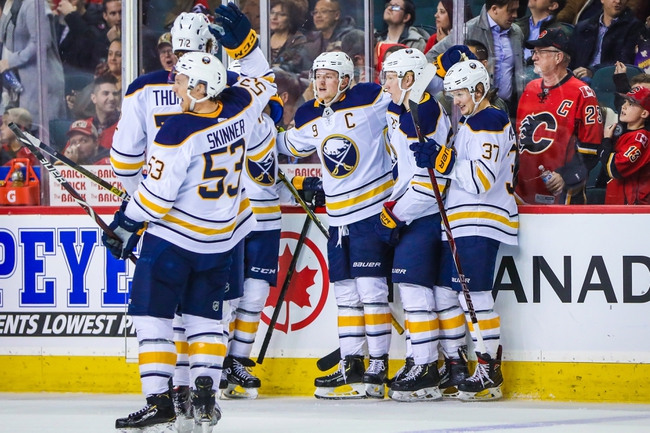 Where to watch: MSGB, RSNW Stream live sports and exclusive originals on ESPN+. Sign up now!

The Calgary Flames and Buffalo Sabres meet Wednesday in NHL action at the KeyBank Center.

The Calgary Flames can't buy a win right now and their defensive effort seems to be heading in the wrong direction as the losses continue to pile up. The Buffalo Sabres went from red hot to start the season to a team that looks awfully familiar from past teams in Buffalo. It's hard to lay juice with either of these teams, but we're getting a rather standard price with the Sabres on their home ice, and if they can't beat the struggling Flames to stop the bleeding, there may be no hope for this time. This is a must win game for the Buffalo Sabres. I'll trust them to get the job done.