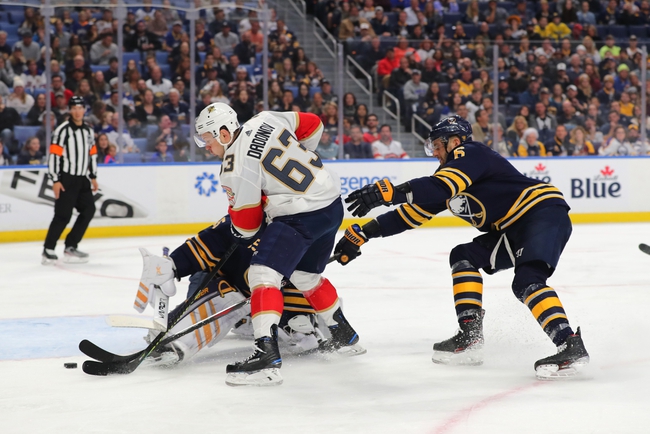 Where to watch: MSGB, FSFL Stream live sports and exclusive originals on ESPN+. Sign up now!

The Buffalo Sabres and Florida Panthers meet Sunday in NHL action at the BB&T Center.

This is a rough schedule spot for a Florida Panthers team that played last night in Carolina and now gets an early start time at home. The Buffalo Sabres have also had a couple of days of rest. With that said, the Sabres are also playing losing hockey over the last three weeks and don't show many signs of turning things around. As shaky as the Florida Panthers are defensively at the moment, they have the offense to add to the Sabres issues, and being at home certainly helps. I've been high on the Panthers all season long and will continue to back them, even if the schedule doesn't do them any favors here.